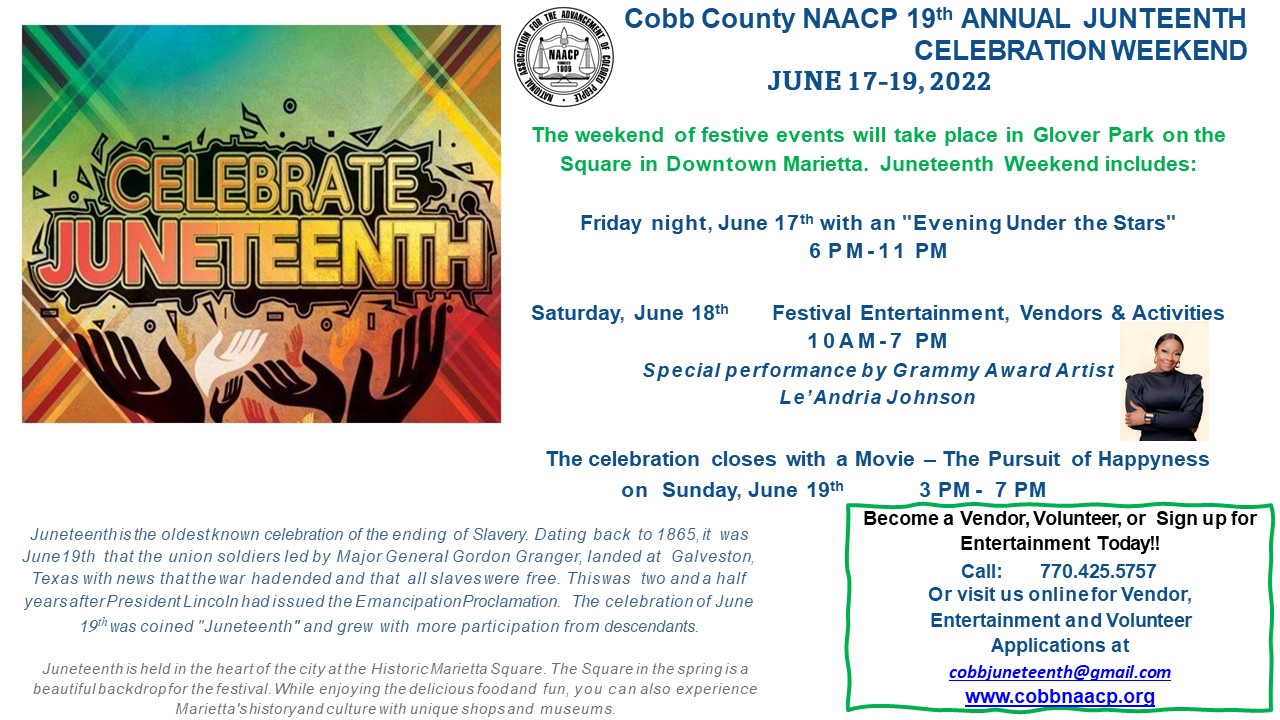 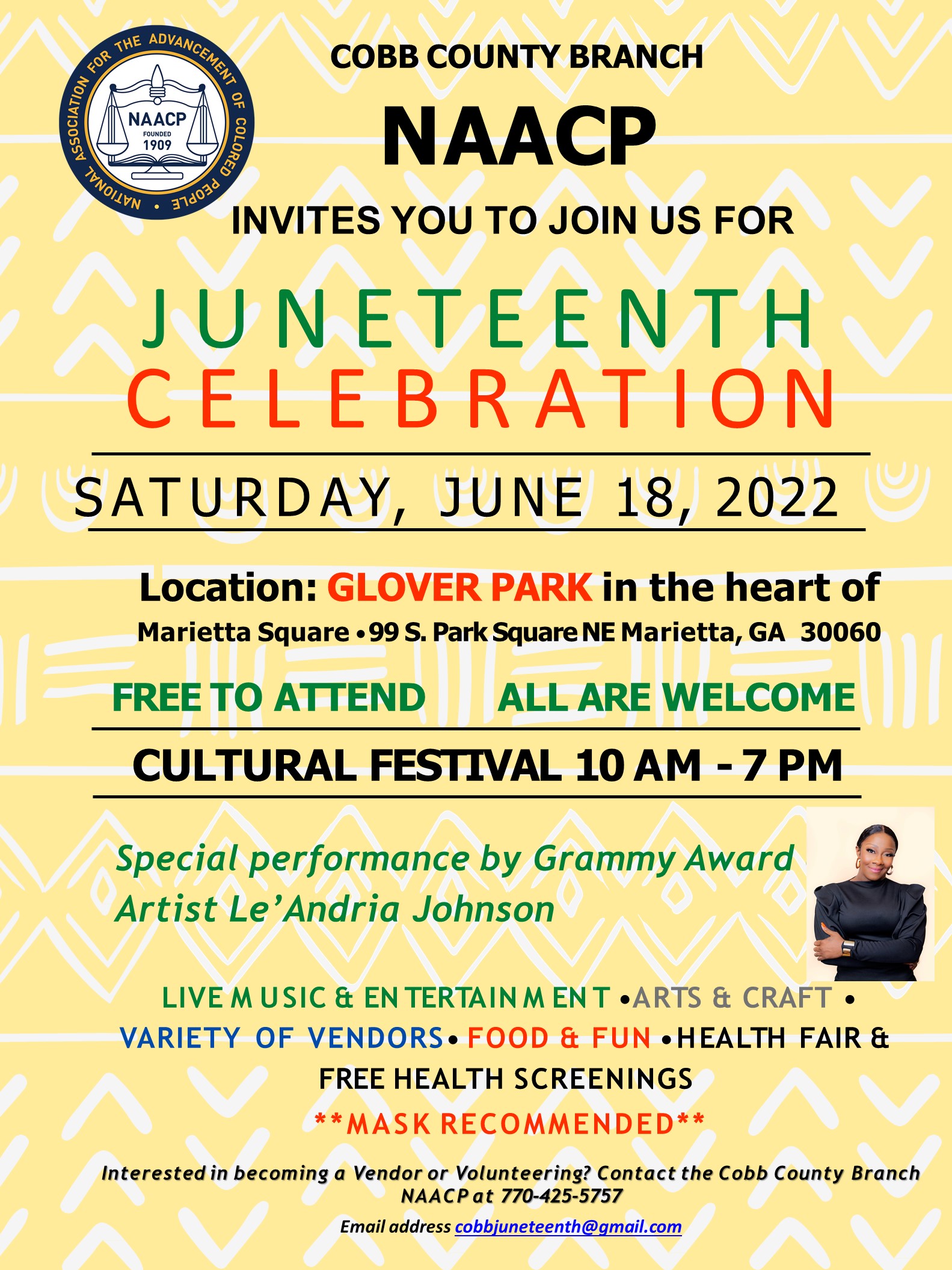 What is the Juneteenth?

Juneteenth is the oldest known celebration of the ending of Slavery. Dating back to 1865, it was June 19th that the union soldiers led by Major General Gordon Granger, landed at Galveston, Texas with news that the war had ended and that all slaves were free. This was two and a half years after President Lincoln had issued the Emancipation Proclamation. The celebration of June 19th was coined “Juneteenth” and grew with more participation from descendants. Juneteenth today celebrates African-American freedom while encouraging self-development and respect for ALL cultures.

Where does Juneteenth take place?

Juneteenth is held in the heart of the city at the Historic Marietta Square. The Square in the spring is a beautiful backdrop for the festival. While enjoying the delicious food and fun, you can also experience Marietta’s history and culture with unique shops and museums

How much does it cost to attend Juneteenth?

Admission to the festival is FREE..

How many people attend Juneteenth?

Last year we had an impressive 50,000+ people attend Juneteenth. We are expecting a great crowd again this year.

Can I bring my dog to Juneteenth?

We request that folks with dogs and other pets please leave them at home where there is adequate shade and water. There is not a place on the festival grounds to accommodate pets. They can leave waste and many young children are frightened around dogs of any size. Thank you for your cooperation!

How many vendors will be at Juneteenth?

We expect to have 150 different vendors, arts and crafts, services; food and etc will be at Juneteenth showcasing their wares.

Juneteenth is a project of the Cobb County Branch NAACP in conjunction with the City of Marietta.

What roads will be closed for Juneteenth?

North and East Park Square will be closed.

Where do I park for Juneteenth?

Please note, parking is not allowed at church parking lots around the Square.

Where are restrooms located at Juneteenth?

There will be portable restroom and hand washing facilities on Mill Street, Root Street, Lawrence Street and at the corner of Roswell Street and East Park Square.

Donate to the Cobb NAACP Online